Using OpenComp Headcount Plan and Scenarios, the e-commerce company developed a strategic plan to support them through economic shifts.

The early days of the pandemic brought Daasity success and momentum. After securing its seed funding, the company launched on Shopify and quickly became one of the platform’s top apps for data analytics.

Daasity wanted to apply its focus on data-driven decision making to its compensation programs, since compensation represented so much of their spend. When Dawn Raagas took on her role as VP of People Ops, she was determined to make the company’s pay practices more strategic and scalable.

Her opportunity arrived when the company began preparing to raise its Series A. Raagas knew that potential investors would scrutinize Daasity’s financial plan, which was effectively its headcount plan. She also recognized that as the company grew, there would be less room for pay inconsistency, and any early pay inequities would balloon.

She needed to determine Daasity’s people strategy: how many people it would hire, what it would pay them, and how it would advance compensation throughout employees’ tenure to propel the business’ goals. After experiencing the pitfalls of searching for public compensation data, which revealed stale information that couldn’t be filtered to Daasity’s industry, location, or company size, Raagas “realized that approach wasn’t going to work. We needed reliable comp data and a tool to help us make sense of it.”

“Without OpenComp, our post fundraising hiring decisions would have been a true shot in the dark. OpenComp gave us one reliable source for data and the tools to use it.”

On a trusted peer’s referral, Raagas signed up for OpenComp.

“My colleague sang OpenComp’s praises,” recalls Raagas. “Getting that kind of validation from a company that had walked in our shoes gave me confidence that this platform was built to scale businesses like ours.”

Raagas was initially attracted to OpenComp’s Compensation Intelligence Platform because the Market Pulse dataset offered the most up-to-date and accurate compensation data available, with jobs being indexed and normalized daily — and the Compensation Design Studio allowed her to sidestep dangerously manual spreadsheets, replacing them with a fully integrated system. Specifically, the Headcount Plan and Scenarios features positioned her to compare and contrast different scaling situations in a fraction of the time — with exponentially more accuracy and insight. She was also attracted to OpenComp’s DEI Scorecard. “The DEI element was super important to me, but no one else offered it.” Raagas says.

"OpenComp’s platform is incredibly intuitive. You don’t have to be technical in order to take full advantage of its features.”

Daasity worked within OpenComp’s compensation intelligence platform and with its Compensation Advocacy team to build a scalable compensation system from the ground up that united the executive team and delivered pay equity while streamlining recruiting and setting the company up for retention.

After attending an OpenComp webinar on the topic, she was able to craft a comp philosophy that impressed Daasity investors so much, several of them used it as a template for their other portfolio companies.

The philosophy OpenComp helped Raagas create was short but informative. Raagas had seen some comp philosophies stretch on for more than 20 pages — she knew that was not only unecessary, but ultimately confusing.

A clear compensation philosophy united the Daasity leadership team. It helped executives discuss the differences in levels, location strategy, and how to structure their organization’s headcount and compensation plan.

“OpenComp helped us create a philosophy that featured the necessary components without getting overly complicated or verbose. It laid out how we would pay employees and why.”

Smooth recruiting with “spot-on” headcount models
Raagas’ next priority was to build out the headcount models that would inform the company’s financial future. “It’s an understatement to say OpenComp was a critical piece to building out those models,” Raagas says. “If it weren’t for OpenComp, I would’ve been pulling my hair out trying to use spreadsheets.”

Raagas utilized OpenComp’s proprietary dataset, Market Pulse, and the Geo Strategy feature to understand what impact hiring employees at different roles, levels, and locations would have on Daasity. The breadth of the dataset, powered by HRIS-integrated data intake and advanced AI/ML driven data normalization, meant Raagas could immediately understand how much each potential role would cost with just the click of a button.

After verifying that the roles fit their new pay ranges and geo pay strategy, created in Range Builder, Raagas brought the roles into Headcount Plan and created multiple scaling scenarios. Raagas was then able to understand the full impact of hiring on burn and dilution, make adjustments, and align her organization on a plan for the future.

As the company recruited candidates, the headcount model allowed it to anticipate the financial impact of each addition. “Certain hiring managers would ask for a senior person, and I could show them how much more the role would cost in compensation,” Raagas said.

A fair, data-driven, and streamlined hiring process also bolstered the company’s financial plan and ability to retain top performers during the market downturn. “We’re lucky to have found and implemented these solutions when we did,” says Raagas. “Having reliable systems in place in the face of a recession has given us peace of mind and a huge competitive advantage.”

“OpenComp allowed us to weigh the value of hires against the cost.”

“As leaders, we want to make sure the compensation we’re offering is equitable. That ties back to our compensation philosophy, which has allowed us to achieve transparency across the organization.”

“We wanted to ensure equity in the future, but we also wanted to close any gaps that already existed. Creating a compensation philosophy with levels and pay ranges helped us make good on that goal.”

Daasity plans to end the year just as it began it — by hiring a lot of people. It wants to grow by another 50% by the end of the year. The company will use the hiring model and pay ranges it already built out to achieve its goal, but it will need to add new roles to the system, Raagas notes.

Daasity also plans to link its human resource information system with OpenComp to unlock real-time compensation insights, and gain full use of the DEI Scorecard. Once fully integrated, Daasity will be able to view moment-by-moment changes in real time, and see how every choice they make impacts their burn, dilution, and performance metrics. “Strategic scale is the next phase for us, and OpenComp is at the forefront of that function,” says Raagas.

“In building out our compensation system, I can think of so many instances where, if it wasn’t for OpenComp, it would’ve been so much more challenging.” 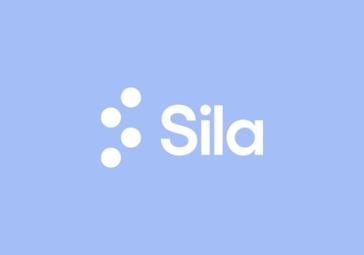