Company building is a unique balancing act. As a startup, it’s critical to maintain a strong cash runway and protect the equity pool. But to get to the next level, you need to attract and keep the best talent, which costs…cash and equity.

The key to balancing those goals? Benchmarking.

Salary benchmarking is the process of comparing your company’s roles to similar roles at other companies within the industry and the broader marketplace.

While most startups would say they have benchmarking covered, many don’t realize they’re approaching it the wrong way. These mistakes can lead to expensive consequences, such as:

While most startups would say they have benchmarking covered, many don’t realize they’re approaching it the wrong way. These mistakes can lead to expensive consequences.

It’s worth investing the time and resources to get benchmarking right. Companies who do see benefits such as:

Why compensation benchmarking is complicated

Benchmarking involves mapping employee data to survey data. And while different organizations can have the same job titles, the roles and responsibilities for those job titles can vary.

“You can’t rely on a job title 100%,” says Trav Walkowski, a longtime head of people. “It doesn’t tell the whole picture. Sometimes a job title doesn’t align with what the person is actually going to be doing.”

To further complicate the process, startup employees often juggle responsibilities typically handled by multiple individuals at larger companies. This makes it a challenge to identify the right comparison data.

So where does benchmarking typically go south for pre-IPO companies? The following are the most common and costly mistakes and misconceptions about comp benchmarking.

1. Asking your board and/or peers for advice

This can help you get a sense of what’s happening in your immediate circle, but this information often lacks context, such as: What stage of growth is the company in? Why is that person paid in that specific salary range? What is the company’s compensation philosophy?

“If you do this, use the information as an anecdotal temperature check of the market or a supporting data point,” says Leanne Langer, OpenComp’s VP of Customer Experience.

Definitely don’t base your comp strategy on this tactic.


By basing your offer on previous salary — instead of doing the work to figure out what’s fair — you risk building on the mistakes of previous employers and continuing pay inequities, especially for women and minorities.

For women, unfair pay practices create a wage gap that could mean up to $2 million in lost wages over a lifetime.

Even if the candidate’s previous salary was fair, it’s stale information.

“This is old data,” says Langer. “You want comp data that is timely and reflective of the current hiring market.”

For women, unfair pay practices create a wage gap that could mean up to $2 million in lost wages over a lifetime.

The internet is ripe with free, unverified or old salary information that, like peer advice, is often plain wrong.

“This is probably the HR person’s least favorite data source,” says Langer. “With Google, you’re missing a ton of context, and this prevents you from making apple-to-apples comparisons of offers and packages.”

For the most accurate comparison, use data from companies in similar industries and funding stages. A seed company is different from a Series D. And a startup can’t compare itself to a private company.

4. Asking candidates for their salary expectations

Job candidates rarely have access to the market data that you do and base their expectations on anecdotal and unverified information, like Google. But it’s not the candidate’s responsibility to ensure they’re paid fairly, it’s yours.

“This brings us back to the human aspect of companies,” says Langer. “It’s our responsibility to pay fairly. And while we can use candidate expectations as an anecdote, we really need to educate them on the process and make sure that pay is made in a fair and consistent way.”

5. Guessing to see what sticks

While winging it has its place in company building, random pay is a surefire way to lose trust with candidates and employees. They’ll eventually sniff out your lack of strategy, leading to big losses in engagement, recruiting, and retention.

And since compensation is a company’ top expense, guessing can mean burning cash too quickly or unintentionally over-diluting your equity.

“On the flip side, if you offer grants that are under-competitive, it costs a lot more to rightsize that, especially for employees who understand that as your company grows, your strike price increases,” says Langer. “You can never truly catch up on the equity side.”

6. Throwing out your highest number to compete with FAANG companies

Startups can’t compete with large public companies based on cash. Even if you win a candidate with this strategy, chances are you can’t afford them.

Focus instead on your company’s value proposition. Working for a startup is very different from working for a private company. Startups can win employees by focusing on those who thrive in hyper-speed environments or seek more responsibility or ownership in a company.

Don’t assume candidates understand the true value of equity. Explain how equity works and what your offer means for them long term.

The Expensive Consequences Of Bad Benchmarking

Benchmarking is the foundation for everything related to comp: budgeting, hiring, employee development, retention, and promotions. By building all of those things off bad benchmark data, you risk:

Meanwhile, underpaying could lead to turnover. In terms of equity, offering too much can over-dilute the option pool, while noncompetitive grants can be expensive to correct later on.

The Benefits Of Getting Benchmarking Right

Now that you know the causes and consequences of getting benchmarking wrong, here’s a reminder of ways your company benefits when you get it right:

Plus, competitive benchmarking helps you establish trust with employees from the very beginning of your relationship.

“I want to be able to sit down with someone and say this is where we’re at and this is why we’re here. I’m not making this number up,” says Uqual’s Allen.

So, how do you design compensation with confidence? 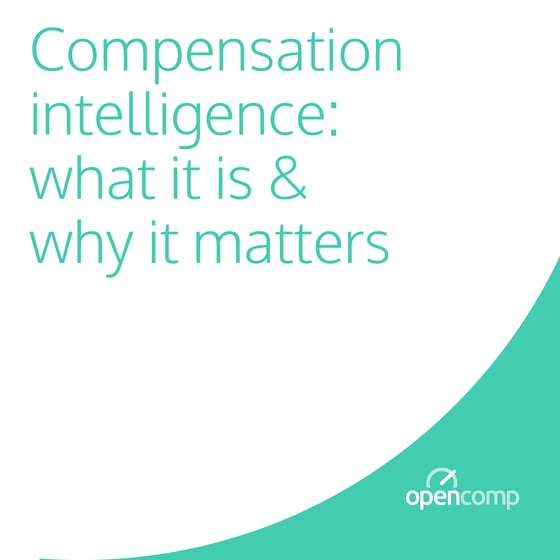 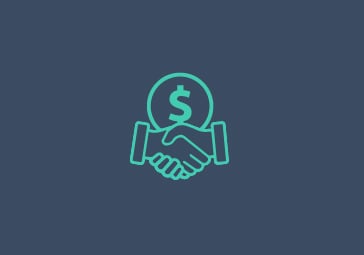 It's time to reinvent salary negotiation