End the negotiation status quo to protect finances, eliminate bias, and lead the race for talent.

It’s safe to say that even the most seasoned executives think salary negotiations are stressful — no matter which side of the table they’re seated. During traditional negotiations, employers and workers guess each other's intentions in a process brimming with ambiguity and misunderstanding.

But what if negotiation didn’t have to be so polarizing? What if employers aimed to eliminate the tension and approached negotiation with data and clarity? That’s an approach we’ve embedded into OpenComp’s hiring process. The result? By implementing frictionless negotiation, OpenComp customers have an 83% offer acceptance rate versus an industry average of 65%.

By implementing frictionless negotiation, OpenComp’s customers have an 83% offer acceptance rate versus an industry average of 65%.

And we don’t intend to keep this to ourselves. Take our process so your organization can:

This article draws insight from our eBook, “The Essential Guide to Frictionless Negotiation” and our on-demand webinar “Is the Future of Negotiations None At All?” a conversation with OpenComp Head of People Ashley Brounstein, Homebrew Head of People Beth Scheer, and Candidate Labs COO & co-founder Michael Zhang. Some quotes have been edited for length and clarity.

The process for frictionless negotiation begins well before you first make contact with a candidate. Here are the steps to take the stress and tension out of negotiation.

Use the right tools to design an accurate compensation strategy

How do you know what’s a fair salary in today’s market?

“Data doesn't lie,” says Beth Scheer, head of people at Homebrew, a seed stage venture capital firm. “When you present a founder with data, they can use that in a conversation when trying to close a candidate. It's very hard to personalize market data.”

This process takes the personal out of the hiring process so that offers are based on an individual’s experience and competencies.

By focusing on data, you can reduce the risk that comp is influenced by things like gender, race, where someone went to school, or how they speak.

We all know that men tend to achieve better results in negotiation than women, and women of color have even less success. On average, women earn just $0.82 for every $1 earned by men. For women, this wage gap could mean up to $2 million in lost wages over a lifetime.

By leading with data, you can help close the pay gap.

Frictionless negotiation is about abolishing bias in this one sliver of the work world.

Share the salary range in the job posting and initial conversation

Don’t wait until the final stages of the hiring process to talk about compensation. Do it as early as you can.

Pay ranges (aka salary bands) set the salary boundaries for a role or group of roles—with a low, midpoint, and high amount. The midpoint is the anchor to your compensation philosophy. For instance, if you intend to pay at the 75th percentile, the midpoint will reflect this.

By sharing comp early, you set a level field for discussions, eliminating ambiguity and the stress that comes with it. And if your pay range happens not to be a fit for candidate needs, you’ll both save a lot of time up front.

“If candidates have a sense upfront of what they can expect to be paid and you're having open conversations early about where they fall in the band, you’ll eliminate a lot of the confusion around their offer,” says Ashley Brounstein, OpenComp head of people.

Always present an offer with context

Most candidates enter negotiations with salary expectations based on their previous salary, free and unverified data from the internet, or advice from peers or family. Rarely do they have access to the same market data as employers. This increases the risk that they’ll have salary requirements that are widely off-mark. Think VP-level comp for a junior-level role.

When a candidate's expectations are unrealistic, even your most competitive offer can make them feel undervalued. That’s why it’s important to give candidates the context behind your offer.

“Information without context can be dangerous,” says Scheer. “If context isn't provided regarding the nuances of roles and job families, people will be confused, frustrated and angry. The actual numbers aren't the issue at this point. It's a lack of understanding regarding how the company came up with the formula to get to the numbers.”

Context goes hand in hand with education, which is especially important when it comes to equity. This applies to both candidates and executives. Michael Zhang, COO and co-founder of hiring firm Candidate Labs, says he often sees serial VPs with gaps in knowledge about how equity works, making them ill equipped to explain the true value of equity to job candidates.

“Lack of a shared philosophy about compensation leads to the worst candidate experience and worst conversion rate for the company,” Zhang says. “This can impact everything from contributor roles where the equity is very much a cherry on top to executives role where equity can be a game-changing amount.”

Lead with your best offer first

Save the haggling for the flea market. If you want the best talent, don’t wait for candidates to guess or corner you into making your best offer. Open the conversation with it.

Leading with your best offer doesn’t mean there’s no wiggle room. It signals that you’ve done your work to analyze the right data for their skills and competencies and are confident that the offer you’re presenting is fair and competitive in the current marketplace.

When making an offer, state the midpoint, not the range, because candidates tend to anchor on the top of the range when you do this. The midpoint leaves room for discussion.

Also, make sure managers and other members of the hiring team know how to talk about salary ranges and why candidates are placed where they are, says Brounstein.

At Homebrew, founders are encouraged to provide two offers, says Scheer. One is heavier on cash than equity. The other offer is the reverse.

“This empowers the candidate and cuts down on the back and forth because you're saying you either take A or B, there's no C,” she says.

Explain career progression and benefits of a startup

Don’t assume candidates understand the difference between working at an early stage startup and a FAANG or other public company. As part of your value proposition, detail the benefits of startup life, such as having a greater hand in shaping the growth of an organization.

“We see a lot of candidates get stuck in ‘What's right in front of me, what can I get for my offer here?,’” says Zhang. “We really encourage candidates to think about this from a holistic perspective.”

This means explaining how candidates can accelerate their career and where they could be in 10 years. At a startup, employees could find themselves in vice president or even C-level roles.

Negotiation also applies to employees, especially those who attempt to get raises by presenting offers from other companies.

Should you consider a counter offer? It depends.

“I'm against counter offers,” says Brounstein. “Once an employee has started looking in the market and is already kind of excited about a new opportunity, their mind is made up.”

Also, by matching or exceeding the offer, you’ll lose trust with the employee who will wonder why you didn’t give them that bump with their last performance increase.

But there are times when it does make sense to match the offer.

“Sure, if you have a big project coming up and this person is crucial to it, it makes sense to do a counter and actually meet it or exceed it,” Brounstein says. “But I do find that long term, folks who say yes to your counter will leave in six months. So it's a short-term problem that you're solving for. “

It’s also difficult to present a counteroffer when the other company is giving the employee a more senior role or one that's better aligned with their values.

“At that point, it's not even about the compensation anymore,” says Zhang. “It's about satisfying an employee's desire to advance their career in some other way.”

Another point to consider: Perhaps candidates are job hunting because of a lack of transparency about when they can expect a raise or promotion. Consider how you can provide clarity around an employee’s future at your organization.

Compensation conversations, especially the early ones, are pivotal moments in employer-employee relationships.

When you say no to traditional negotiation and replace it with clear data-driven conversations, you set the foundation for a trusting relationship. And healthy work cultures are built on trust.

With compensation intelligence and a clear strategy, you’ll end up with the right people, in the right roles, at the right times.

Download our eBook, “The Essential Guide to Frictionless Negotiation.”

Watch our on-demand webinar, “Is the future of negotiation none at all?” 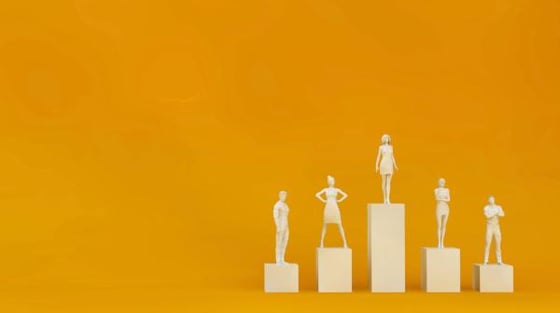 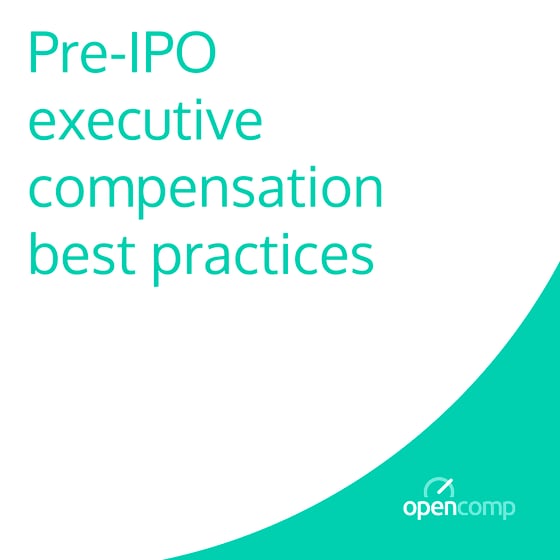 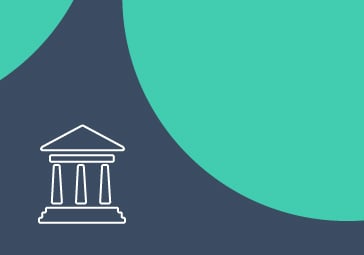