Pay equity matters — most leaders at high-growth companies believe that. But why, then, do discriminatory pay gaps persist?

In future chats, members will delve into solutions that find, fix, and fend off compensation gaps. The group devoted its inaugural discussion to the issues thwarting pay equity. As Traunza, James, and their fellow attendees broke down the factors perpetuating inequities, their conversation revealed five roadblocks to progress.

The modern workplace tends to evaluate women and men against different, often subconscious, standards. A growing body of research examines gender-biased perception at work. One such study revealed a tech company’s tendency to criticize women’s communication styles. Seventy-six percent of performance review comments about someone being “too aggressive” appeared in women’s performance reviews. Only 24% appeared in men’s.

Statistics like these expose gender bias that undervalues women’s performance and drives down their pay. “Because this bias is often unconscious, it can be hard for people to recognize and change,” Traunza said.

Companies often pride themselves on being fair and equitable. But that pride can prevent progress when it blinds leaders from problems that need fixing. “The first step to solve a problem is to admit you have a problem,” Traunza said.

Traunza recalled a pay gap she once spotted between a man and a woman with similar experience who received the same promotion. The man outearned the woman by $15,000. Traunza flagged the gap, but company leaders hesitated to fix it, insisting their company would never unjustly undercompensate a woman. They attributed the gap to timing — the man had been hired six months earlier. But Traunza insisted: “That doesn’t account for $15,000.”

Leaders like to talk about pay equity progress. But matching talk with action? It’s common knowledge that leaders aren’t as thrilled to do that. “I've tried to understand why that is. And a lot of it is fear,” James said. “But a lot of it is that they have no idea what they're doing or how to get started.”

OpenComp’s first-annual report on gender pay parity in the pre-IPO landscape revealed the same irony. The majority (74%) of high-growth executives said pay equity is important. And nearly two-thirds (64%) said they believe pay equity is a top priority at their organization. But most of their teams (61%) said they lack adequate resources to address pay equity.

Let’s be honest. The pressure to scale and grow can crowd out pay equity priorities.

“Having been a CEO, I can relate to this. You are strapped for resources, and you have 50 to 100 people underneath you whose livelihoods depend on you,” James explained. “That can cause you to prioritize decisions in a way that people just don't get or understand.”

The pressure to excel can cause leaders to devote their time and attention toward issues that feel most high priority — leaving issues like pay equity behind. “Pressure can really influence where you put your time and attention. But that doesn’t mean it’s right,” James said.

Both Traunza and James emphasized how a lack of tools can thwart pay equity progress. Part of problem-solving, Traunza said, is being equipped to analyze pay with tools like compensation data and expert counsel. Some of these outside resources can be costly, James pointed out.

“When you have limited resources, you have to prioritize where you put those resources,” he said. “And I don't see leaders putting resources into building these frameworks that would allow us to create equity, especially around pay and promotion and titling.” As OpenComp’s survey revealed, CEOs are 15% more likely to be unaware of their teams’ pay equity resource problems than HR leaders.

Understanding these roadblocks is the critical first step to addressing pay disparity within organizations, and the good news is you don’t have to tackle these challenges alone.

Join OPEN Imperative to find know-how, accountability, and community. Our monthly chats will propel your pay equity efforts and connect you with leaders who share in your challenges and unite in your convictions.

Emily Sweet is VP of Social Impact and OPEN Imperative Lead at OpenComp. She writes about topics including pay equity and diversity, equity & inclusion (DEI). A board member of the National Council of Jewish Women, Emily is a veteran philanthropic leader and policy advisor with more than 20 years experience advancing bold solutions to big problems that drive impact and inspire collective action.  Connect with her on LinkedIn here. 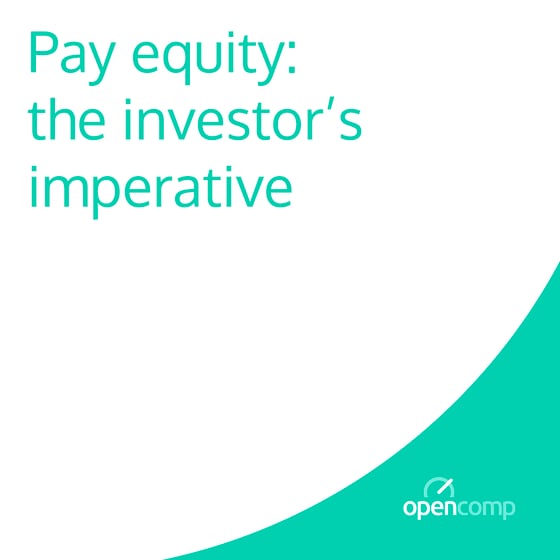 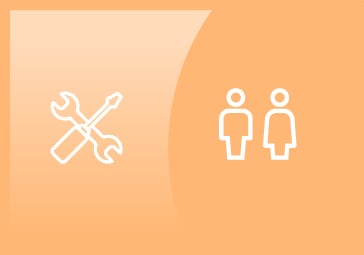